I am trying to build an app for LG webOS with lightning.js. After creating IPK package with webOS CLI (in VS) and tried to run on emulator, it shows an error for translation.json, font, color.js files not found. But all the files are already in static folder. 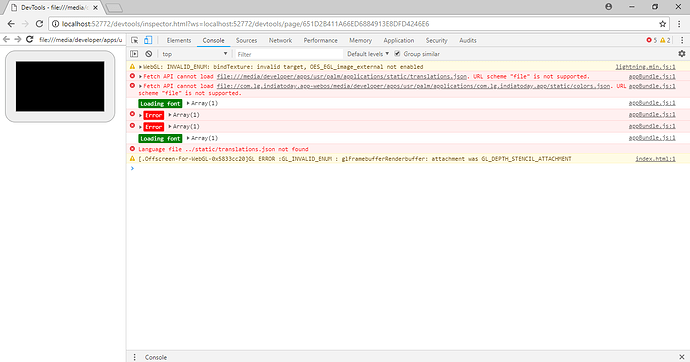 There is a fix for this issue (ENH: Allow plugins to load local json files by ricardo-a-alves-alb · Pull Request #361 · rdkcentral/Lightning-SDK · GitHub) that has already been merged into dev and will be part of our upcoming January release.

Can you see of this change fixes your issue as well?

You may simply use a self-hosted version of your app without a need to deal with local files loading. As a bonus you’ll have a much better control on updates releasing pipeline. See the webOS documentation for additional details.